Four Security is Finalist in Security and Fire Excellence Awards 2016

FOUR Security is delighted to have been announced as a finalist in two categories of this year’s Security and Fire Excellence awards, for SECURITY PARTNERING INITIATIVE OF THE YEAR and CONTRIBUTION TO STANDARDS IN THE SECURITY SECTOR.

This year the team has jointly developed an IM system called IAP (Intelligent Asset Protection), to create an online ‘one version of the truth’ database, programming and reporting IM system. IAP enables key analytics to support the key decision-making around the actual requirement/need, prioritisation of works, the timing, cost and ROI.

Clint Reid, M&S’s Head of Corporate Security says: “We are pleased to continue our partnership with FOUR Security and excited about the potential improvements in analysis, management intelligence and ROI that Foursite’s Intelligent Asset Protection model will bring.”

The Contribution to Standards award again involved Marks & Spencer. We worked in partnership with Clint Reid to obtain the Surveillance Camera Commissioner’s CCTV certification in compliance with its CCTV Code of Practice. M&S is the first ever retailer in the UK to achieve this certification. Both M&S and FOUR Security Consultants hope this will inspire other retailers to achieve certification, thus improving the standards of operation of CCTV within the retail sector.

Adrian Wilmshurst, Chief Executive, comments: “We are delighted to have been named as finalist in two award categories for 2016. With entry levels for the awards 17% up on last year’s record number, being a finalist this year is a better achievement than ever before. We look forward to the winners being announced at the awards dinner on 23 November.” 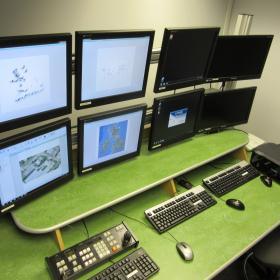